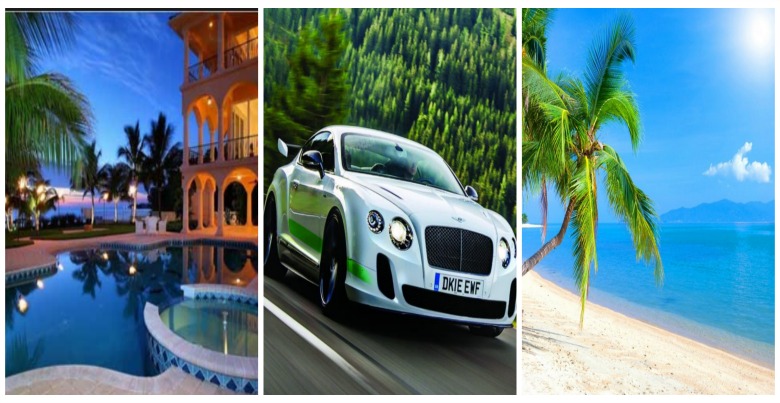 In January 2016, one lucky ‘Hall of Gods’-player won 1.7 million euro (roughly 1.5 million $ AU) in just one spin at online casino Vera & John. Winning big at an online casino could happen to just about anyone – but you have to be in the game to win. Can you imagine what you would do with all the money, if you won the huge jackpot?

A trip around the world, the house of your dreams, a Bentley – or maybe your own private tropical island?

The opportunities could quickly seem almost endless, if you won one of the progressive jackpots that are growing by the minute on many online casinos.

As gamblers make their bets – the jackpot is increasing incrementally. And as someone has to win: It might as well be you, who happens to make that lucky spin.

Here are some of the largest paying progressive jackpots out there:

In November 2012, Hall of Gods – which is a pokie all about Norse mythology – made a Swedish woman more than 10 million $ AU richer, when she hit the big jackpot.

Mega Moolah has cashed out millions on a regular basis as well – in October 2015 a British guy won roughly 25 million $AU when he played this pokie game of wild animals and safari-vibes. He told the casino-staff that he planned to spend (some of) his winnings on a Bentley sports car and paying his beloved father’s medical bills.

Inspiration: Here’s what you could do with 10 million Australian dollars

Buy the house of your dreams

For 10 million $ AU, you can buy the house of your dreams – and then some.

If, for example, your dream is to live in Miami among the rich, tanned and famous – then you can easily purchase a luxury home here. The prizes for luxury houses in this city are between 2 and 7 million American dollars – which is 2.7 – 9 million in Australian dollars.

Buy your own private island

Few people are in the league of owning their own private island, but if you hit the big jackpot on a progressive pokie – you could easily have a real chance of fulfilling this dream.

An example? Right now, there’s a nice little Caribbean island for sale one mile off the southern coast of Carriacou and 17 miles northeast of Grenada – for the prize of 5.500.000 USD (roughly 6.815.000 AUD). So if you buy this island – there’s still money left out of your 10 million AUD-win!

Buy the car of your dreams

With a 10 million AUD-win buying a Bentley Sports Car will not break the bank.