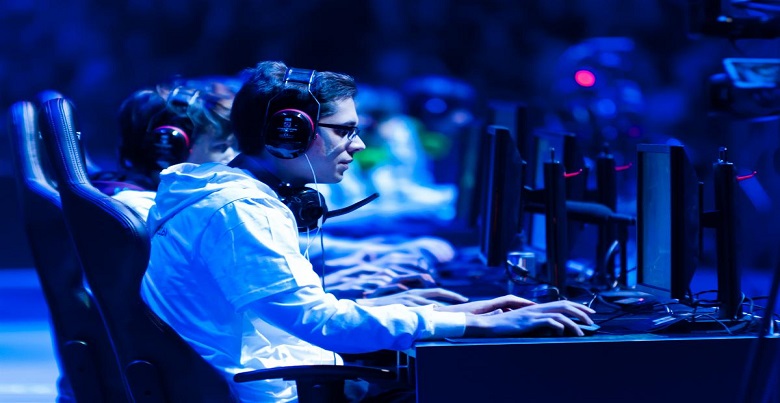 Online gambling has been a major entertainment source for people for a long time now and it is great to see it evolve as new products, online casino games, sports betting and other new things come about to diversify the business and ways people can enjoy themselves. As it looks now, eGaming can be the next big thing for online gamblers.

Making bets on video games seems like an idea that doesn’t make much sense but after Asian players took the competitive video game industry to a whole new level, Europe and North America are hot on their heels with video game competitions and tournaments generating million dollar prize pools. Just recently we wrote a story about a tournament where the prize pool exceeded $18 million and was won by a team of five players, one of them being just 16 years old. With such money involved of course comes the aspect of branching it out onto gambling websites such as potentially Mr Green, Leo Vegas and others.

As of today League of Legends or DOTA tournaments draw larger crowds than some of the biggest sporting events in the world, like the NBA Finals or the World Series in baseball. This phenomenon has already caught the eye of some universities around the globe, which now offer scholarships to the most gifted players, entrepreneurs have also taken their gamble on eGaming with some investing millions into moving this industry forward and into a revenue generating business.

This makes it all the less surprising that large online gambling companies and online casinos are looking into ways how to include eGaming in their product offering to their customers. For now this is still in early stages of development as predicting who will win a video game competitions whether it is Starcraft, League of Legends or DOTA can seem quite difficult and unappealing to your average online gambler. There is also the hurdle of actual players delegating the outcome of the game to reap the benefits of placing bets themselves, as a single planned mistake can have major consequences which will result in a given team either winning or losing. This might be the trickiest part of the eGaming genre entering the gambling world, keeping the video game players from betting themselves and setting their own outcomes to haul in major winnings from the online gaming and online casino companies. The last challenge might be the fact that most of the avid video gamers and people following them are not yet of legal age to gamble in most countries, so the video game betting has to be marketed and presented in a very clever fashion to the online casino players.

It will be extremely interesting to see how this already immense industry develops over the next few years and how it will affect the online casino world in the process.